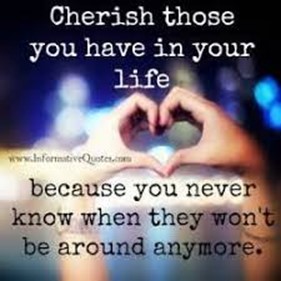 Newsletter 58 (Jan 2022)
Dear Colleague
What a privilege to, once again, welcome a new year. May this year bring you joy and happiness. May not one advantageous opportunity pass you by and may you achieve great success in the new year. Be happy and may all your troubles last as long as new year’s resolutions.
You can’t pour from an empty cup. Take care of yourself first.
Unknown
With the new year top of mind, the month of February is around the corner. This month is known as the month of love, dedicated to and all about love. But February is not only about Valentine’s Day and sweethearts. Instead it can also be a month for self-love and self-care, for fostering relationships with family and friends, and most of all, loving others. That being said, we wish you a happy Valentine’s day!   SIGNING A WILL WITH A MARK OR A THUMBPRINT   There are specific requirements when a Will is signed by the making of a mark or a thumbprint. We would like to emphasise that a Commissioner of Oaths must co-sign each page of a Will where the testator must sign the Will by making of a mark or by using a thumbprint. The Commissioner must also provide a certificate to confirm the identity of the testator and to verify that it was the testator who signed the Will. Two impartial witnesses must still attest to and sign the Will on the last page. The Commissioner cannot act as a witness in this case.   Please inform the Wills drafter if the above will be the case when a Will is requested. The Will will then be drafted correctly and will also include the letter which the Commissioner of Oaths must complete and sign.    URGENT NOTICE – Will templates   When Wills are drafted, the templates are sent out in PDF format. The purpose of this is to ensure that the final signed documents are feasible and drafted in a legally correct manner. It has come to our attention that the templates are sometimes changed without Legatus Trust’s knowledge.   Please take note that Legatus Trust draft Wills as a service, free of charge, for Legatus trust brokers and Legatus Trust’s clients. Sometimes these templates are changed by non-Legatus Trust representatives and in certain cases Legatus Trust as nominated executor is replace by another executor. Any copying, distribution or amendment of the Will PDF templates, not authorised by Legatus Trust representatives, is prohibited and may be unlawful. The Will templates stay the property of Legatus Trust and we urge you to refrain from changing the templates. Please also communicate the same to your clients.   If your clients would like any changes made, please contact your Wills drafter who will effect these changes for you. The format and wording of the document is very important. Legatus Trust is further responsible for the execution of signed Wills and cannot be held responsible if the wording or the content of the documents have been changed. It is not possible to check every Will that is returned against a template to ensure that none of the content has been changed, therefore, the last signed Will must always correspond with the last template saved.   We ask for your co-operation in this matter as we operate as a team and our relationship with you is based on mutual trust and sound ethical values.   IMPORTANCE OF WITNESSING A WILL

Read more about this in the next edition
____________________________________________________________________ COURT CASE REGARDING “PARENT” IN AN INTESTATE ESTATE   When a person dies without a valid Will, the estate will be administered according to the Intestate Succession Act (Act 81 of 1987) (ISA). According to this Act, the assets in an estate will be distributed amongst parent(s), spouse or descendants in a specific order and percentage.   An interesting intestate court case took place during 2020: Wilsnach NO v M and Others.   The persons involved were:   M = The deceased (a 5-year-old boy) W = The applicant (appointed trustee) T = First respondent (natural father of M) N = Second respondents (natural mother of M) E = Third respondent (maternal grandmother of M)   When M was born, he was severely brain damaged because of complications during childbirth resulting in a lack of oxygen to his brain. A resultant negligence claim (negligence which led to M’s disabilities) was brought against the Gauteng Department of Health. The claim was settled out of court to an amount of R21 million. The court ruled that the amount be placed in trust for M and W was appointed as trustee.   M's parents never married. During M’s short life, he received little parental care from his natural parents. T never contributed in any way to M’s care and played no role in M’s life. M’s maternal grandmother mostly cared for him. At some stage, she resigned from her job to care for M. In a court order granted in April 2018, T’s parental rights were terminated under section 18 of the Children’s Act, 38 of 2005 (CA). When M died, the trust property amounted to about R15 million.   W approached the court to declare who the legal intestate heirs of M’s estate should be and what effect the court order of April 2018, in which T’s parental rights were terminated, had on T’s right to inherit from M’s estate.   Justice Jody Kollapen referred to the word “parent” in the ISA and the interpretation of the meaning of this word as used in the Act to answer the question around the legal heirs. The court referred to the case of Natal Joint Municipal Pension Fund v Endumeni Municipality 2012 (4) SA 593 (SCA) and noted that the word is not defined in the ISA. Amongst others, the following from paragraph 18 of the judgement was quoted:   “Whatever the nature of the document, consideration must be given to the language used in the light of the ordinary rules of grammar and syntax; the context in which the provision appears; the apparent purpose to which it is directed, and the material known to those responsible for its production.”   After examining the meaning of the word “parent” in the CA, the court concluded that “parent” should be interpreted widely to include those who play the role of a parent in a particular child’s life. E, as the grandmother, took the brunt of the burden on herself to take care of M and was also declared to hold parental rights in the court order of 2018 and therefore fulfilled the role of a parent in M’s life. Although the court rebuked N for her lack of continuous care, she was still deemed a parent. T’s total absence and the fact that his parental rights had been terminated by court order, deemed him not a parent. The court, therefore, declared that E and N were the parents of M for the purposes of the ISA and, therefore, M’s sole heirs.   Comment on the judgement in this case Although the outcome in the case may be regarded as fair and just under the given circumstances, it comes at a price of legal certainty in intestate succession which have structured rules around the generational approach in the ISA when determining the rules of intestate succession.   It is strange that in the court’s judgement, a passage from the Endumeni case was quoted, but the above ISA context was ignored. The court then jumped to a definition of “parent” in another Act (the CA), which has an entirely different context and purpose, and applied that definition to intestate succession.   The same result could probably have been achieved by a claim against the estate by E for her direct costs and loss of income when resigning from her employment to care for M. Simultaneously, an application could have been lodged to have T declared unworthy to inherit from M’s estate based on T’s total neglect of his son and the consequential ruling of the removal of T’s parental rights in the 2018 court case. This approach to the case would probably have preserved the structured rules of the ISA, leaving no uncertainty as to the execution thereof.   For further details on the case, visit: https://www.fisa.net.za/court-case-about-parent-in-intestate-succession/ __________________________________________________________________   THE ELITIST FELINES   Some people love their cats, but others really adore them! The super-wealthy frequently bequeath their animals money, mansions and everything else you can think of to live highly privileged lives. British singer Dusty Springfield’s cat, Nicholas, was one of these special felines.   Dusty passed away in 1999 and bequeathed a sizeable, but unspecified amount of money to her 13-year-old ragdoll cat. She left very specific instructions for his care and maintenance, including that he should be fed imported American baby food and enjoy a daily serenade of some of Dustry’s greatest hits before bedtime.   Slightly more appealing purrrrks were a “7-foot indoor tree house, lined with scratch pads and catnip” and a “marriage” to a younger female cat owned by Nicholas’ new guardian.
Until next time! “The Legatus Times” Team