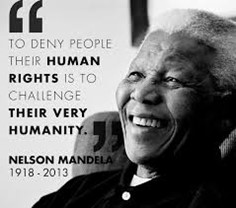 Christa Jacobs was recently promoted to Director and Chief Executive Officer of Legatus Trust. She will be serving on the board of directors with Hendrik Bruinette.

Johann van Vuuren was promoted to Estate Manager at our Johannesburg branch.

Congratulations to both Christa and Johann! These changes to our management team will take Legatus Trust’s services to the next level and will enhance our service delivery to all of our partners and clients.

We wish Christa and Johann success in their new roles in the company and know that they will make a huge contribution to the future success and growth of the business!

Basic human rights belong to every person around the world, from their birth until their death. These rights are commonly understood as absolute and fundamental, irrespective of a person’s age, ethnic origin, location, language, religion, ethnicity, or any other status.

When historic human rights documents were originally translated into policy, these excluded women, people of colour and members of certain social, religious, economic and political groups. Oppressed people throughout the world have drawn on the principles of these documents to express their support of revolutions that assert the right to self-determination. In South Africa (SA), some rights attained in this way was for instance the right for women to vote, the abandonment of pass laws, and the attainment of democracy in SA.

Unfortunately, there are still many countries around the world where people are denied their basic human rights and freedoms.

HOW LONG DOES IT TAKE TO WIND UP AN ESTATE?

WITNESSING OF A WILL

The only way a person can ensure that his or her belongings are distributed according to their wishes after their passing, is to make a valid Will. A Will has other advantages too, but these are not the focus of this article.

The Wills Act, No 7 of 1953, regulates the specific requirements that a Will must comply with to be valid. Let us summarise all these requirements:
The focus of this article will be on the witnessing of a Will.

It is also important that a Will be properly dated. The reason for this is so that it is clear which Will was the last Will signed by a testator.

The formalities of the valid execution of a Will are set out in the Wills Act, No. 7 of 1953. Section 2 of the Wills Act reads: “No Will executed … shall be valid unless the Will is signed at the end thereof by the testator … and such signature is made by the testator … in the presence of two or more competent witnesses present at the same time and such witnesses attest and sign the Will in the presence of the testator and of each other …”.

A court case that was heard by the Gauteng Local Division of the High Court in 2018 addressed this requirement of the Wills Act directly. The two daughters of the deceased, 85 years old at the time of his death, claimed that it was never his intention for his much younger partner to inherit his total estate (he had been living with a woman 38 years his junior for eight years).

During his lifetime, the deceased made two Wills: One dated 6 November 2011 (“the 2011 Will”) and another dated 7 January 2014 (“the 2014 Will”). In the latter Will, he bequeathed the bulk of his estate to his much younger partner. His daughters made a case that the 2014 Will was invalid because there were “suspicious” circumstances. They claimed that their father either did not sign the 2014 Will himself or, if he did, he lacked the mental capacity to execute a valid Will, citing dementia as the reason. Even though three handwriting experts testified, the daughters of the deceased were unsuccessful in proving that the deceased’s signature was a forgery.

A witness to the 2014 Will was then called to testify and her testimony focused on the circumstances surrounding the signing of the 2014 Will. She was acquainted with the deceased. In her testimony, she stated that she and her husband met the deceased while walking along the street, and they engaged in social conversation. The deceased told them that he was on his way to the police station to sign a Will and asked if she and her husband would accompany him to act as witnesses to his Will. He assured them that it would not take long, so they agreed. The witness testified that she and her husband signed the Will immediately and then left. They were the first to sign the Will and did not see the deceased sign the Will himself. They left before he signed the Will.

This testimony was the deciding factor in this case. From the evidence, it was clear that the testator signed both the 2011 and the 2014 Wills. However, the 2014 Will was signed by the deceased after the two witnesses to the Will had left and, therefore, was signed in their absence.

In its ruling, the court referred to Section 2 of the Wills Act in terms whereof no Will is valid unless the signature made by the testator is made “in the presence of two or more competent witnesses present at the same time”. The court confirmed that this requirement is mandatory and, if not met, a Will is not valid for want of compliance with a statutorily required formality. Therefore, the court found that the 2014 Will was invalid. As there was no evidence that there were any irregularities in the 2011 Will, the 2011 Will was declared the last Will and Testament of the deceased.

This judgement by the High Court, once again, serves as a wake-up call that this requirement of the signing of a Will should not be disregarded. It emphasizes the importance of complying with the requirements of the Wills Act.  In this instance, when considering the evidence given by the witness, it can be presumed that the deceased intended to bequeath his estate to his partner of eight years. However, the technicality in respect of the signing of the Will prevented the execution of his last wishes.

Our freedom in different areas of our lives has been under tremendous attack lately. Under the current worldwide conditions, the words spoken by a judge in the Supreme Court of Pennsylvania, is like a breath of fresh air. In the 1956 case called the Girard Will Case (published 12 November 1956), the following words echoed could be enshrined upon the halls of estate and probate law throughout the common law world:

“Respected men and women, as well as eccentric people, sometimes make sound and sometimes eccentric Wills. Courts, heirs and excluded beneficiaries often wish (1) they could change or delete clear and plain and specific language or (2) rewrite a Will to expand or change the testator’s bounty in order to conform to what they believe would be fairer or wiser, or to conform to what they think the testator would have said if he had foreseen the existing facts and circumstances. But that is not and never has been the law of Pennsylvania!

…It is and always has been the law of Pennsylvania that every individual may leave his property by Will to any person, or to any charity, or for any lawful purpose he desires, unless he lacked mental capacity, or the Will was obtained by forgery or fraud or undue influence or was the product of a so-called insane delusion.

While it is difficult for many people to understand how or why a man is permitted to make a strange or unusual or an eccentric bequest, especially if he has children or close relatives living, we must remember that under the law of Pennsylvania, a man’s prejudices are a part of his liberty. He has a right to the control of his property while living and may bestow it as he sees fit at his death...”.

Did these great democratic words withstand the test of time? We have come a long way since these great words were spoken. Unfortunately, this liberty is not totally part of today’s era anymore.

Until next time!
“The Legatus Times” Team